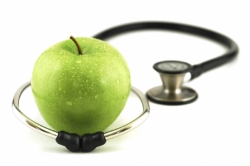 2015 Hunger Report: When Women Flourish, We Can End Hunger

The 2015 Hunger Report, When Women Flourish, We Can End Hunger, explains how the empowerment of women and girls is essential to ending hunger, extreme poverty, and malnutrition globally and in the United States. Women are the primary agents the world relies on to fight hunger, yet pervasive discrimination persists worldwide, keeping women from maximizing their own potential.

The report examines three areas in which progress is necessary to achieving gender equality: bargaining power, care, and collective voice. Women’s voices are largely excluded from decision making at every level of society, from the family to legislative bodies. Women feed their children, yet receive little support in caring for children and households, making it more difficult for them to earn income to improve household food security and contribute to economy. Policies and programs that empower women increase their earning potential and contribute directly to ending hunger. Visit the 2015 Hunger Report website. 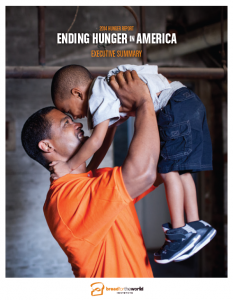 2014 Hunger Report: Ending Hunger in America
The 2014 Hunger Report proposes bold steps to end hunger in the United States by 2030. Hunger remains a problem in this wealthy country. About one in seven American households is not always sure where their next meal is coming from. Among children, African Americans, and Hispanics/Latinos, this figure is about one in four. 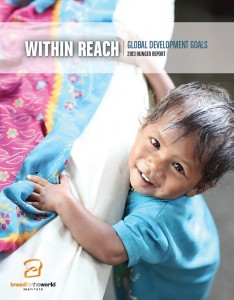 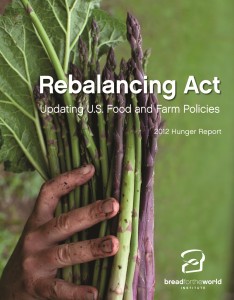 2012 Hunger Report: Rebalancing Act: Updating U.S. Food and Farm Policies
The 2012 Hunger Report calls for changes in U.S. food and farm policies to meet the challenges of the 21st century. The national nutrition programs should do more to ensure that people in poverty have access to the foods they need for good health and to succeed in school and on the job. Farm policies should encourage production and distribution of healthy foods and help farmers manage risk more efficiently.